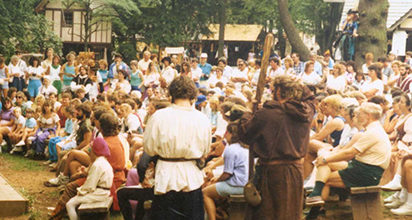 A professional director, producer, actor, writer, and musician, Mr. Johnson has headed entertainment production companies as executive director and artistic director. He has directed, acted, and served as dance and fight choreographer for plays by Shakespeare, Chekhov, Webster, and Feydeau as well as many original and contemporary plays and musicals, including The Duchess of Malfi, A Midsummer Night’s Dream, Rags to Riches, The Wedding, Romeo and Juliet, Two Slatterns and a King, The Dragon, Guys and Dolls, Mr. Toad Rides Again, The Doctor and the Devils, U.S.A., You Can’t Take It With You, Love and Soft Music, HMS Pinafore, The Pied Piper, The Elephant Man, The Bluebeard, and Three In a Bath.